TwL Interview ethicist and philosopher Robert Johnson about his recent book "Rational Morality: A Science of Right and Wrong"

Rational morality is the first entirely rational theory of morality. The first half of the book is a discussion of ethics for the Brian Cox and Richard Dawkins generation: accessible, yet thorough. Finding the subject to be rationally sparse, the infamous ‘is-ought’ problem is engaged and a solution introduced: Rational Morality, a theory of how we can base morality in science, in an entirely coherent and consistent manner.
An idea that could greatly change the face of human values, Johnson furthers this by examining the theory scientifically; exploring the reasons why people might criticise such an idea, whilst providing brief explanations of the counter arguments which support the radical thesis.

For all the originality of this theory, it means nothing without a practical basis; a new form of science requires a demonstration of how it works. The second half of the book is thus dedicated to its strength—practical ethics. Johnson highlights 5 sections that he believes to be important new areas of study in moral science: rationality and anti theism, animal ethics, determinism, politics and rational discourse. Each is designed to provide guides as to how reason can use Rational Morality to define secular moral rules in these areas. 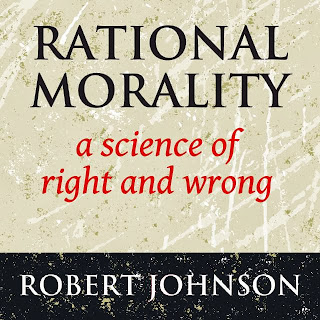 Posted by ZuluFightrunner at 6:57 PM

This is the content for the podcast feed of Trolling With Loigc.
The official webpage is here http://www.trollingwithlogic.com